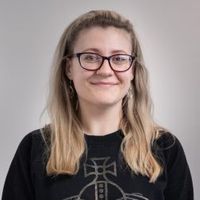 Sunderland Software City (SSC), with support from Digital Catapult North East Tees Valley (DCNETV), hosted a roundtable discussion on 19 May 2022. Intended as the first instalment in a series of roundtable discussions on “The Changing World of Tech”, the roundtable brought together a range of people from tech and beyond to discuss a concept that has taken the tech world by storm: Non-Fungible Tokens (NFTs).

What Is an NFT?

While NFT is a word that is becoming part and parcel of our everyday jargon, it is still one that is misunderstood or not understood by many. If you, like most, are still new to the world of NFTs, this is a brief but handy primer.

NFTs are ‘digital assets’ (Conti, 2022) that represent objects in the real world such as games, pictures, even music videos or tweets! Non-fungible indicates that these tokens are unique and can’t be replaced with anything else (unlike bitcoin which can be traded for another bitcoin). One could almost imagine NFTs to be like digital one-of-a-kind trading card – if you traded it for a different card, you'd end up with something completely different.

They have more recently gained fame as they are being used increasingly to buy and sell digital artwork. Often confused with cryptocurrency, the only similarity between the two is the type of programming that is built to write them into existence.

12 guests attended the roundtable; all had varying opinions and knowledge on NFTs, purposefully invited to represent different sectors and industries and, therefore, thinking.

Attendees were broadly segmented into two demographics. The first group were individuals from a range of North East businesses, with occupations including commercial solicitor, marine biologist and digital business leader. The second group, which had all travelled to the North East from London the same morning, comprised of social media influencers, fashion designers and an NFT developer. This second group had spent the full day at PROTO, the Gateshead-based production facility managed by DCNETV, to create their own NFTs using full-body scans that they would then use to turn into NFTs for themselves.

The discussion over dinner was rich and nuanced, with varying degrees of support and scepticism for NFTs amongst both corporate and influencer groups of attendees. What is presented next is a discussion of the key themes that were touched on during the evening.

Many of the negative stigmas that are attached to NFTs stem from a lack of understanding. People’s perception of “what is an NFT” is fraught with conflicting information. For example, many people (including myself, prior to the roundtable discussion) think of NFTs as 2D images of bright-coloured apes or sad frogs.

As discussed above, an NFT is more comparable to a digital receipt. An NFT sits in the coding/copyrighting of an asset; it is not necessarily the asset itself. One participant remarked: “You could take a print screen of my degree certificate and save as a JPEG. You’ve got a copy of the image, but you don’t have the degree!”

That’s not to say that NFTs don’t have their drawbacks – they certainly do. The issue posed is that there are people writing NFTs off as “bad tech” when they don’t fundamentally understand the concept.

This lack of education isn’t reserved for NFTs only; it affects the entire tech industry. This is a lack of education and understanding that needs addressing urgently as we move forward in an increasingly digitised world.

The Ethics of NFTs

A key part of the discussion over dinner was the ethics surrounding the minting, buying and selling of NFTs and to what purpose. Discussed through the lenses of copyright and ownership, attendees learned that, as an NFT fits into the code of a digital asset, there needs to be careful distinction between the owner of an asset and the owner of an NFT, as this is often thought of one and the same.

Supporters of NFTs said that the trackability NFTs offer is positive, whereas the sceptics argued that this simply creates a data protection paradox. The nature of NFTs means there is a digital footprint of ownership and this data can’t be deleted, whereas data protection laws give users the right to delete their data!

Another ethical issue discussed was lack of accessibility. Technology, by nature, is inherently elitist, and advanced technology (such as NFTs) are no different. One participant summarised: “NFTs are just perpetuating inequality in a new way”. It was suggested that, by being primarily targeted to the wealthy, NFTs are creating an even bigger social divide than present between poverty and privilege. This links back to the lack of education; we need to improve knowledge and accessibility to tech in general before even thinking about NFTs.

A Way Forward Towards Positive Impact?

Participants generally agreed that, despite the drawbacks (some of which have been described above), NFTs have the potential to provide a benefit to society. One example discussed was that of farming, and how NFTs are being used to help secure revenue for the farmers. Traditionally, if their produce is damaged further along the supply chain, the end buy would refuse to pay the farmers, even if it wasn’t their fault. The traceability element of NFTs ensures that farmers can prove that this issue occurred elsewhere, such as distribution, and therefore be paid for their work.

In a similar vein, it was suggested that NFTs could improve the environmental impact of products, as traceability means that companies couldn’t ‘greenwash’. If this information was accessible via NFTs, it could create a truly sustainable line of products that would increase in value, such as vegan or cruelty free products.

However, this brought the conversation around to digital poverty; a topic that will be discussed as one of the themes at a subsequent roundtable.

The only way to address the lack of education in tech is to continue having these kinds of discussions with people from various demographics to identify where, as an industry, we’re falling short. Speaking of which, the second roundtable will be taking place in the not-so-distant future. Watch this space! 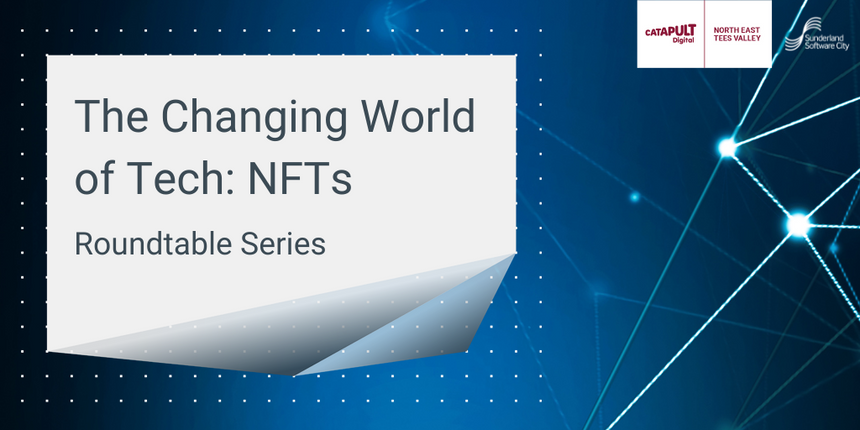