In celebration of World Literacy Day, our skills team chatted to a number of North East tech leaders to discuss which books inspired them most in their careers, and what recommendations they would make to future tech leaders.

We hope you can find your own inspiration from these industry leaders, and celebrate World Literacy Day with a good book!

“Whilst I was at school in the North East I remember reading a short story by Isaac Asimov called The Profession. An interesting little story about how if you are willing to use your imagination, challenge the preconceptions and apply yourself you can lean and achieve more than you imagined - at least that's what I got from it. I love to read stories that challenge us to use or imagination and encourage a growth mindset.”

“Although Wordnerds is a very technical company using bleeding-edge AI/NLP approaches, I come very much more from an arts/humanities background and am definitely far too stupid to be let loose on the actual science.

I think one of the misconceptions about tech companies is that you have to have a hardcore STEM background to play. You don't. Indeed, the secret sauce of Wordnerds is in the mix of this uber-clever deep learning stuff with some very old corpus linguistics techniques. Tech startups need diversity of skills as well as backgrounds, perspectives, etc.

To that end, the book that's had the biggest influence on my career is The Great Game of Business by Bo Burlingham and Jack Stack. It's about a small town US engineering company that got saved from the brink of closure by a management buyout and a bunch of engineers with no business experience between them suddenly had to work out how to save and run a failing multi-million dollar business. Their response was equity share and open book management: giving every worker a stake in the business and opening up every aspect of it to their fellow employees. They taught the people on the shop floor to read a balance sheet, understand P&L and to know exactly how their actions acted as levers in both, sharing the challenges, surfacing the problems and amplifying successes in a totally transparent way. In doing so, they empowered everyone in the business to make better decisions, the decisions a founder would make, and became a roaring success.

It's a book packed with actionable insight into how you can apply these principles to your business, and it's very definitely an approach we've borrowed heavily from at Wordnerds. As they say in the subtitle, it's the only sensible way to run a company!”

“I have always been considered a creative and not part of the STEM community until very recently. As youngster I read a lot of fantasy and adventure books such as the The Hobbit which encouraged me to be more “explorative” in my approach to work and my career. More recently I have enjoyed titles such as Redesigning Leadership by John Maeda which I have found very useful as a creative approach to leadership, rather than a traditional business approach to leadership which you find in other books. This would be a great read for anyone starting their career journey.”

“A book that I would say has really resonated with me as a working woman is Lean In by Sheryl Sandberg. I actually read the book before becoming a parent so I wasn’t reading it as a working mum, but at a point when I had just gotten engaged to my now husband. I’ve re-read it since having children & found that I identified with different parts of the book, so I think there’s something in there for everyone. There were a few quotes in particular from the book that stuck with me and that I now reference when talking to some of the people that I coach and mentor in my teams…

When thinking about career progression: “A 2011 McKinsey report noted that men are promoted based on potential, while women are promoted based on past accomplishments.” This was important to me for a number of reasons. I realised that I see this happen all the time, but when I thought about it in more detail what I noticed was that this is largely down to women holding ourselves back. I have several male colleagues who I use as sounding boards and who likewise will sometimes ask my advice on career matters. What strikes me about them is that they are less held back by their shortcomings in terms of experience. For example, when considering whether or not to throw my hat in the ring for a promotion, I would revert to looking at my experience and skill set to date as a yard stick for whether or not I would be good enough & even consider applying. Ideally I’d want to meet as close to 100% of the stated criteria for the position as possible. I was discussing this with my male counterpart and his opinion was “If you meet at least 50% of what they’re looking for, you should definitely go for it, you’re smart and you’ll learn the rest”. What I realised from this exchange is that our initial viewpoints were fundamentally different: when considering the opportunity I looked at it from a perspective of risk, whilst he looked at it from the perspective of opportunity. I think this is a trait that many women have, and I now actively try to identify when I’m doing this, or when my female colleague are doing this, and encourage a more opportunistic approach, as Sandberg also says “Women need to shift from thinking ‘I’m not ready to do that’ to thinking ‘I want to do that—and I’ll learn by doing it’”.

This is closely linked to the second quote that I particularly identified within the book – “Despite being high achievers, even experts in their fields, women can’t seem to shake the sense that it is only a matter of time until they are found out for who they really are—impostors with limited skills or abilities.” I regularly suffer from what I now recognise as Imposter Syndrome and always have done, some classic examples being…

I could go on and on! I don’t have the answer on how to tackle this and it’s something I genuinely struggle with on a daily basis. Reading this sentence in the book did however provide me with some level of comfort, simply by knowing that I’m not the only one that feels like this. In fact it’s quite common. As I’ve grown in maturity and experience, I’m now more comfortable talking about this imposter feeling with people in general and in particular with those whom I coach and mentor. When I talk openly about this topic with those individuals, the usual response I get is something along the lines of “Wow – but you always seem so on top of things!”, so I like to think that by sharing my own insecurities, I might be able to help someone else feel like they’re not the only one.”

Do you have any books which you draw inspiration from? Let us know by tweeting us @SunSoftCity! 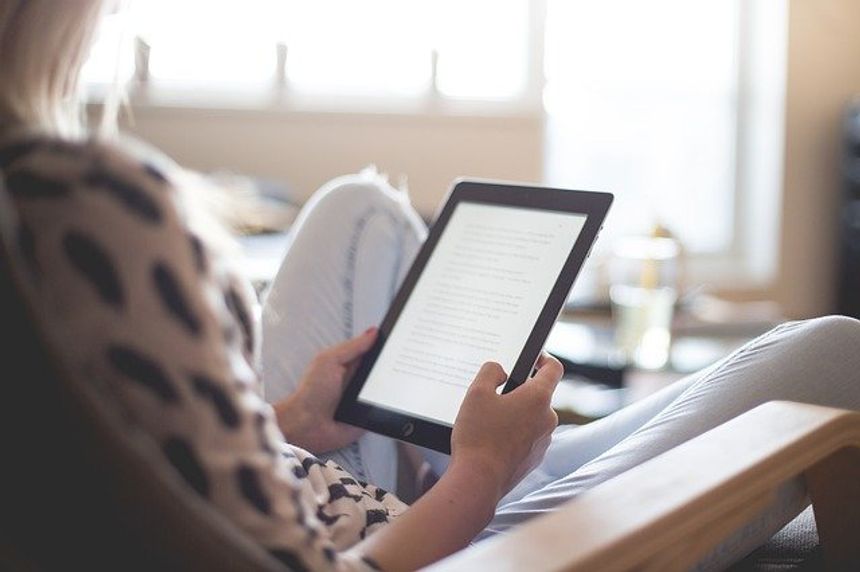 How to become... A legal technologist
Anonymous

How to become... A software developer
Anonymous

How to become... A digital artist
Anonymous

Global Accessibility Awareness Day: Why it matters and what you can do
Anonymous
Recent posts from Sunderland Software City