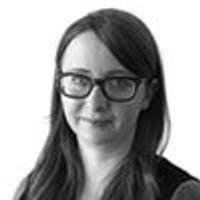 TechCrunch Disrupt Day 1 proved to be more controversial than I imagined a mainstream tech conference to be.

In an unexpected turn of events, Joseph Gordon-Lewitt, founder of HitRecord and famous actor slammed the business model of YouTube (Google) and Instagram (Facebook) for using mass surveillance and data mining of consumer's data to serve 3rd party advertisers, rather than the users. In contrast to Netflix, whom Gordon-Levitt praised for using consumer's data to tailor programming to the consumer, 3rd party advertisers only serve to sell to you. His comments seemed somewhat lost, or unacknowledged, by the CPO of YouTube, who followed Gordon-Levitt in the lineup of talks.

This might be obvious to some, but it made me think about the data that Google and Facebook must hold on me and millions of us around the world, and the value that the data must be to advertisers. And as someone that's been known to click through on many an Instagram advert and purchase something, it now doesn't feel right that massive companies, with billionaire CEOs get to profit from me every day, just for consuming content. And that unless I want to go off grid, it seems that I don't have much actual choice in the matter.

I was reminded of one of the storylines within the excellent "The Great Hack" documentary, which follows the rise and fall of Cambridge Analytica, and in which David Carroll requested his personal data from the company - I won't spoil how that ends up, but it makes you think about what pockets of data you have floating around on company's servers.

Being in San Francisco, close to Silicon Valley and surrounded by data-orientated startups, and billion dollar - predominantly - software companies, it feels like my personal data is available for mining for just about anyone that wants to use it, and with having to opt into my use of data for pretty much anything that I want to do / buy / watch / consume on the internet, it feels like a personal data protection revolution should be on the cards.

If only I knew where all of my data was...

Why the traditional CRM is dead.
Laura Kennedy