I spent a fair amount of time deliberating on what I should discuss in my first blog post. The topic I finally settled on is a topic that is close to my heart and is the main reason that I got into the tech industry. My background is embedded in Psychology, rather than technology and what I want to talk about is how Virtual Reality could help those with mental health issues.

Now, we know that there has been a rise in technologies that target those with mental health issues, such as applications like Calm or Calm Harm. These apps are fantastic at using technology as a distraction from problems that mental illness may cause but do they get to the root of the problem? The answer is probably not. They are amazing for the short term but how will technology help us in the long term? Many organisations have been looking into the applications of immersive technology within the field of psychological well-being. Oxford VR is one such company.

Firstly, I want to talk about a few studies that have been conducted that look at the long term benefits of using VR to assist those struggling with mental illnesses. VR can be a great way to trigger empathy due to the immersive nature of the user’s experience and there have been many creative outputs for this feature, which can be seen in places such as the Immersive Showcase at the Tribeca Film Festival which has featured work such as The Protectors: Walk in Ranger's Shoes. However, this amazing quality of VR could go further than being used for creatives; the implications for treatment (e.g. Cognitive Behavioural Therapy) and assessment of mental illness could be huge.

Thong Nguyen gave a fascinating TED Talk on how Virtual Reality can alter our minds and ultimately alter our perception of the self. He uses examples from Keizer et al. (2016) who conducted a study into sufferers of anorexia nervosa. To give some background, a common feature of eating disorders is image disturbance or dissatisfaction which can overlap with body dysmorphia, also referred to as body dysmorphic disorder.

Body dysmorphia is an intense preoccupation with a certain imagined or minor defect that others may not be able to see. In this way, sufferers of anorexia nervosa are similar as they often see themselves as much bigger than they actually are.  This inevitably causes the sufferer to continue to lose weight despite looking severely underweight to others. Within this study, patients were asked to estimate their body size before a Full Body Illusion was induced, asked again straight after induction and then 2 hours and 45 minutes afterwards. Not only did the study find a decrease in overestimation of their size, but at the follow up the improvements of body size could STILL be observed among the participants. This shows us that not only can VR alter the perception of ourselves but that it also has a lasting impact. This finding could be hugely beneficial for both treatment and recovery. You can watch his full TED Talk here. 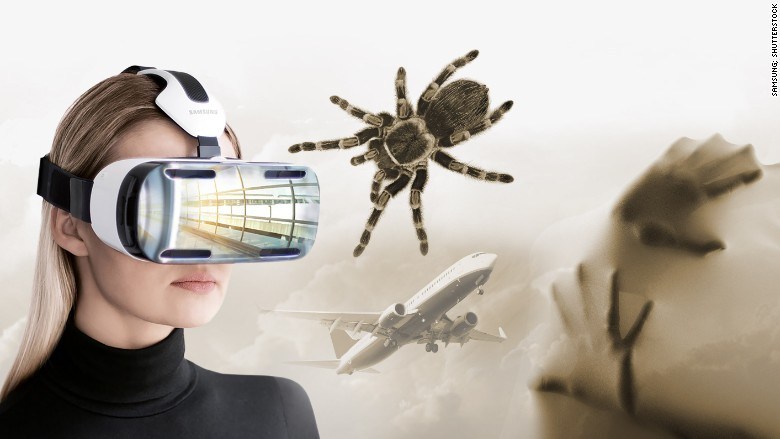 VR’s use has already been widely accepted as a way to overcome phobias by using popular methods such as exposure therapy. Practitioners typically use exposure therapy for phobias such as arachnophobia (a fear of spiders). Naturally when thinking about phobias, arachnophobia is one of the first ones that people think about, however this phobia is completely irrational and is solely down to evolution. Nonetheless, if a patient came to a practitioner exhibiting symptoms of arachnophobia, a clinician would typically slowly expose them to spiders in a completely safe and neutral environment. This exposure leads to classical conditioning whereby the patient no longer associates spiders with the feeling of fear. In this way, VR could be used in a clinical setting and potentially be more successful in tackling fears as the patient would understand that no real risk is being presented and ultimately, they are able to overcome the phobia by being fully immersed in a positive environment.

In Asia, the potential of VR has already been recognised as a key solution to the mental health crisis. Earlier this month, AXA Hong Kong, Chinese University of Hong Kong and Oxford VR teamed up to launch Asia's first VR psychological programme. The main use of the 'Yes I Can' programme is to target those who may suffer from social avoidance. The treatment has been used to allow sufferers to feel safer and more comfortable in social situations, it exposes the user to synthetic situations which allow them to face their avoidance head on, something they may struggle to do in real life.

There are so many different applications of VR in mental health that it would be hard for me to list them all. But what I think is important is that VR can provide a safe and controlled environment which I believe may enable better treatment for those suffering from anxious or avoidant tendencies. Even for the training of practitioners or staff within a mental health facility, limiting the risk while still exposing the user to a real life situation will allow for a deeper understanding of their environment and thus lead to better treatment. 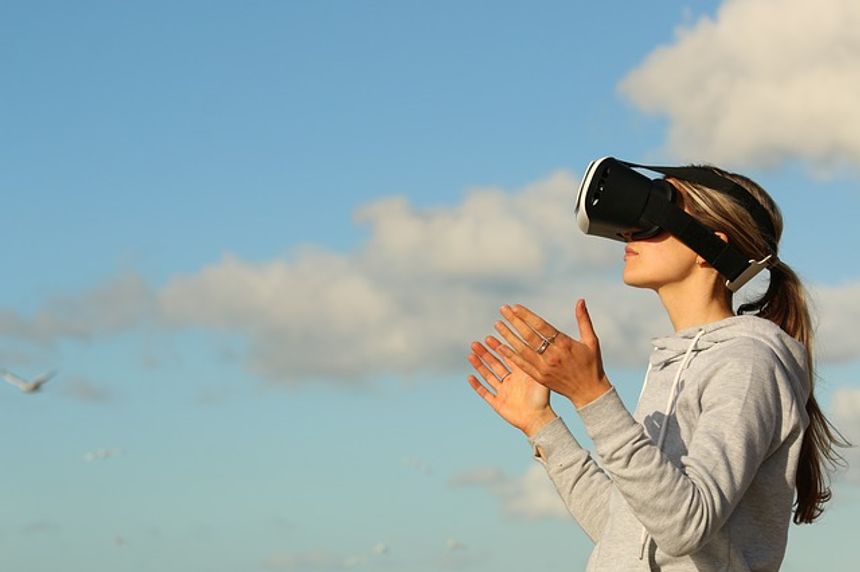 Experts used to worry that VR would damage our brains. These days, however, a new wave of psychological research is pioneering VR to diagnose and treat medical conditions from social anxiety to chronic pain to Alzheimer’s disease. https://t.co/LzW8T6ne0x

Opinion: Virtual reality might be the next big thing for mental health https://t.co/KTGg04QnB9 pic.twitter.com/iS1O22Godh

VR empathy training: The company behind Taser weapons is putting Oculus Go headsets on Chicago police to train them in empathy with people they might kill. https://t.co/N9EgTXwb4G #IdeasTechReview #VR #Training #Police | Subscribe to our Newsletter https://t.co/fKuGVIKDHp pic.twitter.com/xpVr0UEg28

A major new trial led by @UniofOxford will use virtual reality to help people with serious mental health conditionshttps://t.co/JnBlBcj42E #HeartNews

Making the process of treatment more immersive with #VR can distract patients from some of the fear they may feel about facing difficult feelings that arise during therapy. https://t.co/FMDnyLggSx pic.twitter.com/FeyKp97PUZ

Could Healthtech Save the World?
Anonymous

The Beyond Conference: AI and creativity
Anonymous
Recent posts from Sunderland Software City