As 2018 steamrolls its way into our lives, the promise of new and exciting technology is in the minds of me and my fellow techies. CES has already been and gone, showing us solid consumer products as well as the standard fare of exotic 'toys' to excite your senses. Despite it being January, there is a whole range of new hardware hitting the market this year.

Here is my current top picks of what to look out for in 2018.

Despite not being the world's first foldable phone (this honor belongs to ZTE, which launched their model in Q4 2017) the Samsung Galaxy X has people talking.

All eyes are now on the mobile giants to finally come through with their promise of a fully foldable phone, something they first showcased back in 2011. The Galaxy X has the potential to be a huge deal for the company, with a 7.3 inch foldable OLED panel, running on a possible 4K resolution.

This will answer the growing issues with current designs - that they are just becoming too large for our pockets. With all the power of its counterpart Galaxy S9 (also launching in 2018) this phone will be a great choice for those who require a large screen, but have little storage space. My only reservation towards this design is what other purpose than space-saving does it really have?

As someone who works within the immersive technologies space, this was an obvious choice for the list. The upgrades to this headset signal the launch of generation 2 of VR headsets, with the Vive Pro boasting a 78% increase in resolution, built in HD headphones, improved head strap system, and possibly the most important change, a wireless adapter.

Smaller changes have also been noted, such as the nose pad being more form-fitting (lowering the external light contamination) and a larger tracking scale with updated 'lighthouse' sensors. VR has been the talk of the show for years now in terms of exciting technologies, but with this hardware update VR will finally begin to reach the standards required for mass adoption.

I could not talk about the Vive without looking at Oculus' Gen 2 device... but is it? The Oculus Go is the latest headset to be launched by the social media titan Facebook. The Go seems to be pushing forward with Facebook's agenda of bringing VR to the masses, with an ultra low entry point of just $199 for high-end VR. The major difference, other than price, is that the Go is a stand alone headset. This means it does not need a beefy gaming rig to run it. Official specs have not yet been released but it has been stated by Facebook's Head of VR Hugo Barro, that it will sit somewhere between mobile VR and high end VR in terms of hardware power, running Android's VR applications.

Barro also went on to state that it will have full 3DOF (3 degrees of freedom) as well as a high resolution output (2560 x 1440), plus a new controller similar to the new Gear VR controller. All of which sounds wonderful and a very different direction against competitors HTC. Until we get official specs launched we will just hope that the predicted specifications stick to launch.

Another bendy display? Of course! This time LG, Samsung's biggest competition in bendy screens, announced a 64 inch TV that can be rolled up...yes like a newspaper. In a world of technology that takes up so much space in our homes, a huge display that can be rolled up when you need wall space sounds brilliant to me. Utilizing OLED technology, the display can be raised or lowered to change the size of the image, or completely unfolded to have a brilliant 4K experience at full size. This is another example of plastic OLED technology being used in better ways than 'curvy' corners on current generation smart phones.

Seems gimmicky right? Well to be honest these types of robots always are to a degree. However with the ongoing advancements of AI and robotic technologies, and the wider adoption of smart technologies in the home, Buddy is more likely to succeed than its predecessors.

Created by Blue Frog Robotics, Buddy is designed to fulfill the roles of; home security, entertainment and education. The angle that BFR has gone for is more of a mobile Alexa (Amazon) or Google Home, that can monitor your home and keep people company, rather than for the specialist use that this style of robot was previously designed for. If nothing else it has an adorable aesthetic!

And that, as they say, is that. My list could go on for quite some time, but as it is January and no doubt many more things have gone unannounced, I will hold off on listing all the great and wondrous things to come this year. 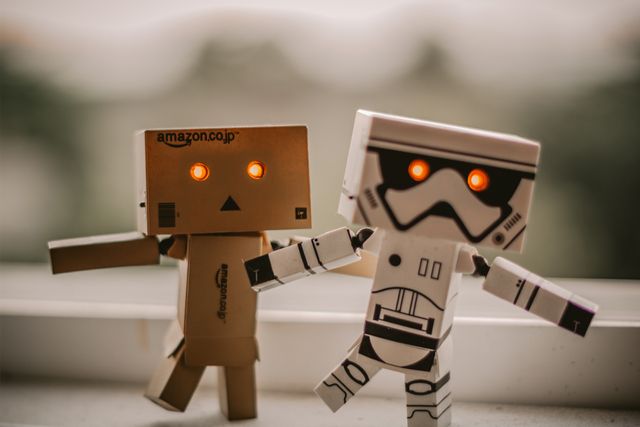 #Flip makes it easy for everyone to contribute their ideas, share content and follow what’s happening on-screen, with a whole host of business-boosting features. #CES2018 #LetsFlip https://t.co/U4xo2RDqyx pic.twitter.com/HLToosYcsm

Today at #CES2018 we announced @Xiaomi as our hardware partner for the global launch of Oculus Go, our first Standalone VR product. We also jointly announced Mi VR Standalone, a new VR headset based on Oculus technology exclusively for the Chinese market pic.twitter.com/TTP5iafkE9

#CES2018 Buddy, from a French startup, a Google Assistant voice-controlled robot that can roam around the home, designed to be cute to encourage empathy.https://t.co/The155511b #CES by @euronews