If we had said 10 years ago that a watch could be the answer to improving your health, helping you to lose weight and improve fitness levels, would you have believed us?

Over the years, the impact of consumer technologies on our physical and mental health has grown at such an unprecedented pace, it'd have been difficult to imagine its implications a decade ago.

Take wearable technologies. What once seemed like only something you would see in James Bond films and superhero movies, has now become a feature in many people’s daily lives -  not to summon up your Batmobile, or to speak to MI5, but to measure the number of calories you are burning, your heart rate or just to encourage you to be  more mindful of your health.

There are many benefits to using wearable technology. As well as benefiting us personally, wearable tech is a big win for the NHS as it eases the strain on staff and resources by allowing some patients to monitor their own health conditions rather than undergoing a series of medical tests which, in some cases, can be costly and unnecessary.

Furthermore, self-monitoring can improve patient engagement. By enabling "access to real-time data which is continuously collected from the device, users will be able to stay informed about their health condition. Instead of having your data collected only by doctors’ tests, wearables help patients feel like they’re in control of their own health" (source: Welbi)

Health conscious insurance companies, such as Vitality, are now also offering discounts and rewards to customers, which are tailored according to individual daily activity and general well-being... What’s not to love?

Healthtech in the wake of Covid-19

Wearable technologies aren't the only kind of consumer technologies used to support our health. For example, mobile phones are used to help the NHS conduct health tests while maintaining social distancing. One of our team members, Cameron, experienced this process firsthand as he went through a Covid-19 test. In the spirit of sharing he has recounted his experience: 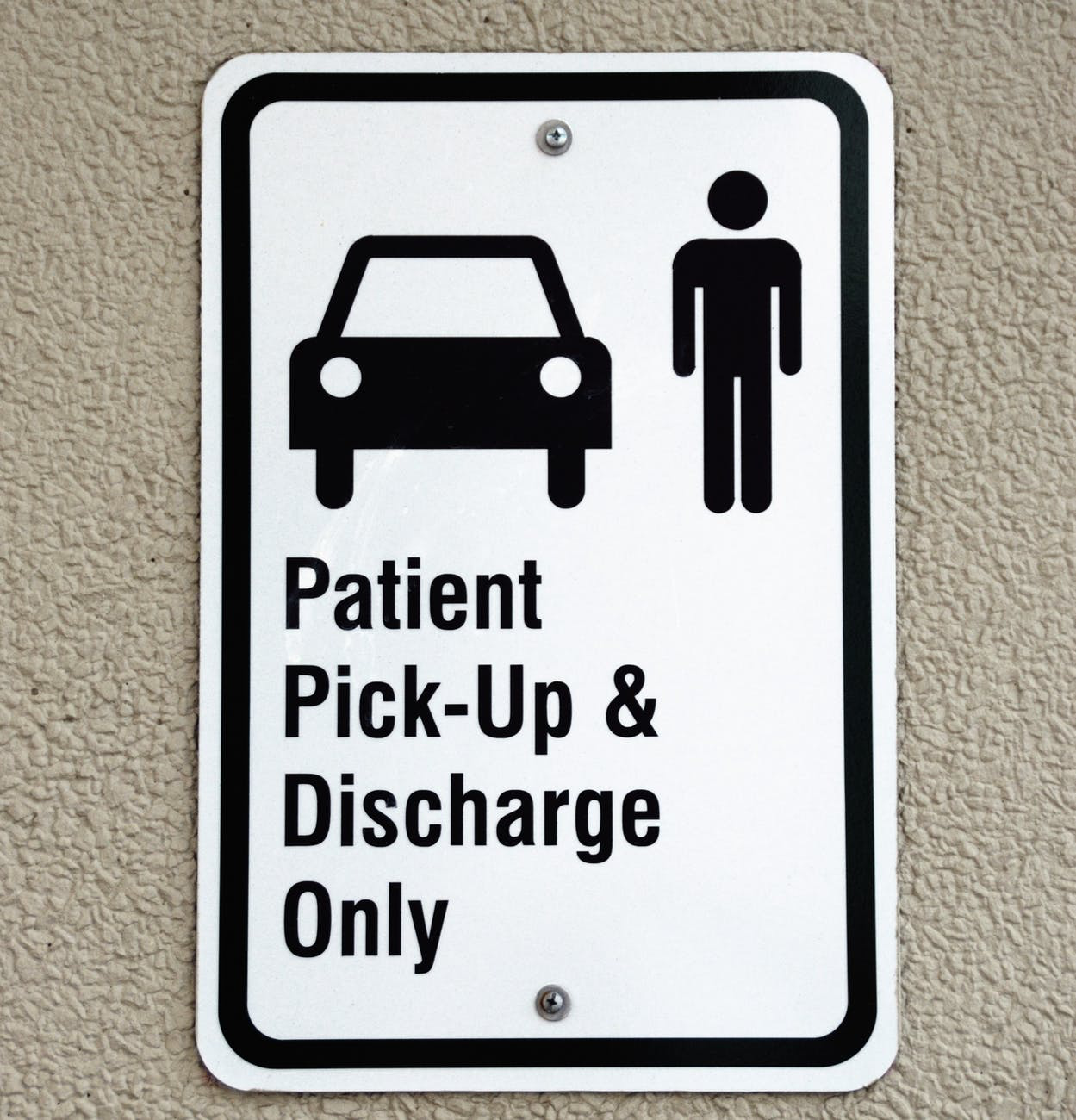 “First, I needed to register for the test which was all handled online via the government website. Once I had registered, I was able to select my closest test centre, which ended up being not that close, however I was seen the same day. When arriving at the test centre it was empty, except for the testing team who directed me through a prepared route. They asked me if I preferred to 'test myself' or have a team member do it for me. I decided to do it myself and was directed to “Bay 2” where I was greeted by friendly staff members who held up a sign with a number for me to call. Once I'd dialed in, they explained what I needed to do next. They asked me to roll down my passenger window and then placed the testing pack on the passenger seat. Next, I was directed to a parking space to carry out the test. I followed the instructions which involved swabbing the back of my throat and nose. Moving my car to the final section, a team member investigated the sample through my window and I placed it in the box provided. This was it, all done. The whole process took less than 15 minutes. I headed home and within 24 hours received a text with my result, which was negative thankfully.”

The interesting part of this experience is that the smart phone was used all the way through this process, aiding the prevention/testing from initial sign up through to the actual test and the final result. The process was probably a lot quicker than the McDonald's queues are right now. From arrival to taking the test, it only took 15 minutes and overall it took less than 24 hours to receive the result.

Could your mobile phone be the key to dealing with a global pandemic?

Taking it further, smartphone technologies are also used to help prevent and mitigate the spread of virus outbreaks. In the fight against the spread of Covid-19, the UK government & NHS, with the support of NHSX and Oxford University, are developing a Track & Trace contact tracing app that can enable digital contact tracing at scale, with the aim of significantly reducing the "R" rate.

Of course, there are genuine concerns for consumers around using an app for this kind of purpose, particularly around how data will be used alongside the privacy and security of users. In response to this, an independent Ethics Advisory Board was established, which is currently recruiting new members to ensure appropriate diversity & expertise.

Another concern is that this method of track & trace relies on people who are displaying symptoms and does not account for the many thousands of people that are asymptomatic. Surely the reliability of this method should be called into question?

The UK isn't the only country using smart phones to tackle COVID-19. The Singapore government rolled out a contact-tracing app called TraceTogether while Apple and Google have teamed up to offer each country a piece of technology that will help turn all iPhones and Android devices (with the exemption of newer Huawei devices) into contact tracing devices.

Or, could the answer be inside of us?

But what if this technology didn’t just stop at our phones and other wearable devices? What if in years to come we could passively monitor our health using technology that is implanted within our own bodies?

With news breaking that Elon Musk’s controversial start-up Neuralink could be installing microchips as soon as next year, what’s to say that the prevention to future pandemics couldn’t come from the technology within us?

For anyone who may not be up to speed with Neuralink: Neuralink is one of the latest neurotechnology ventures that focuses on developing implantable brain-machine interfaces (BMIs). The purpose of these ‘brain chips’ in the short term will be to treat brain-related health issues such as Parkinson's, restoring limb function or sight. But down the line, it could even be used to recognise health issues before the body has time to react, hindering neurological problems such as epilepsy or strokes. Despite some of Musk’s controversial views and actions surrounding the coronavirus outbreak, it’s easy to see how this type of BMI or other bio implant technology could be used to stop future deadly outbreaks in their tracks.

Eerily, in 2015, Bill Gates spoke out after the Ebola pandemic, predicting a virus not too dissimilar to coronavirus that could wipe out over 10 million people. In his TED talk, he discussed the need to create a global mapping system and to implement measures that avoid such devastation. Recently, he also took part in a Reddit ‘Ask Me Anything’ session and suggested that he will be looking into the use of microchip implants to fight coronavirus. He announced that he will be using human-implantable capsules that contain ‘digital certificates’ which will indicate who has been tested for Covid-19 and who has been vaccinated against it. These certificates will likely look like quantum-dot tattoos which will help identify when the vaccine was administered.

The Defence Department in the USA has started looking into similar technology which could be FDA approved by next year. The two-part sensor created by Profusa could be used to track the virus and detect flu-like infections before any symptoms begin to show.

‘The sensor has two parts. One is a 3mm string of hydrogel, a material whose network of polymer chains is used in some contact lenses and other implants. Inserted under the skin with a syringe, the string includes a specially engineered molecule that sends a fluorescent signal outside of the body when the body begins to fight an infection. The other part is an electronic component attached to the skin. It sends light through the skin, detects the fluorescent signal, and generates another signal that the wearer can send to a doctor, website, etc. It’s like a blood lab on the skin that can pick up the body’s response to illness before the presence of other symptoms, like coughing.’

Although the concept seems reasonably ‘Black Mirror’, there is no reason why this couldn’t be the future of preventing more devastating pandemics. What is evident and what rings true is that we need to be prepared to research and potentially adopt these measures so that we are ready to fight the next deadly virus.

What is evident and what still rings true 5 years on, is that we need to be prepared to research and potentially adopt these measures so that we are ready to fight the next deadly virus. 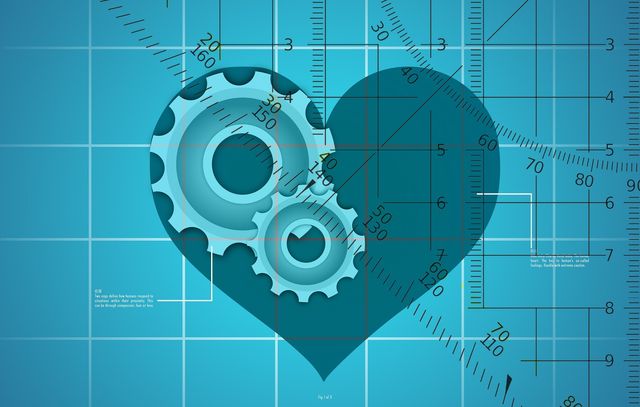 The Beyond Conference: AI and creativity
Penny Day