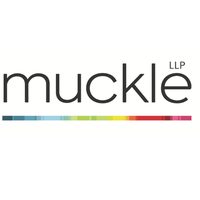 Continuing the Clear Your Mind legal insights series, lifelong Star Wars fan and sports and media lawyer at our partner Muckle LLP looks at what the saga can teach us about oral contracts.

When Lord Vader arrived on Bespin in The Empire Strikes Back, moments before the Millennium Falcon was due to land at Cloud City, it is fair to say he held the upper hand in terms of bargaining strength with its Baron Administrator, one-time smuggler and the Falcon’s original owner, Lando Calrissian.

In such circumstances, the ‘deal’ on the table was perhaps not one you’d ever have the time or inclination to commit to writing (just imagine the heads of terms…), but what then unfolds is a perfect example of how a difficult contracting partner and a lack of clarity on terms ultimately leads to a bad agreement.

Despite Lando’s best protestations, Vader elects to change the conditions of their ‘deal’ several times unilaterally (for an excellent parody of this set of circumstances, have a look at Star Wars: Robot Chicken – Episode II).

Beware the dark side of a deal

In most commercial cases, the conclusion of a binding agreement is preceded by a period of negotiation of the core terms during which the parties will discuss the matter verbally and exchange correspondence. This can mean it is often difficult to establish, firstly, the precise point at which the parties may have reached a binding agreement and, secondly, the exact terms of that agreement.

To protect yourself, a simple, practical way to address this potential risk is to ensure that all correspondence (including email) passing between the proposed parties is clearly marked as ‘Subject to Contract’; since this makes it expressly clear that any offer is conditional and rebuts the presumption of contractual intent in commercial situations. It is usually taken to mean that the parties have not yet reached agreement and are still in the process of their negotiation.

This will help to avoid putting yourself, in most cases unintentionally, in a position where you appear to have agreed to contract before all of the terms you wish to include in any formal agreement have been addressed expressly and/or adequately to your satisfaction (see our earlier article, Episode II: The Art of Negotiation, for more details on pre-contract documents).

Where the correspondence is silent on this issue, basic contract law principles (the staple pillars of (1) offer, (2) acceptance, (3) consideration, (4) intention to create legal relations and (5) certainty of terms) would apply to establish these matters as a question of fact; so it is always better to mark pre-contract correspondence clearly to avoid dispute.

Where an agreement is not formalised, discrepancies can arise between what each party thinks it has agreed and, worse still, the goalposts can move depending on the integrity of who you are dealing with. Just ask Lando…

“This deal is getting worse all the time” Lando Calrissian, Episode V: The Empire Strikes Back

Once all the required component parts of a binding arrangement are present and the contract is made, terms cannot be added other than by variation by mutual consent. That could be too late if, at that point, they are deemed by the other party not to be attractive, beneficial or in their commercial interests.

Although there is no doubt that oral contracts can be legally enforceable if the required criteria are met, it is always desirable to record in writing any terms which have been agreed orally (see our earlier article, Episode 1: Striking the Right Deal for Sir Alec Guinness’s humorous recollection of an oral variation to his engagement terms on the 1977 original film).

Oral evidence can always be contradicted by other oral evidence. Bearing in mind that the burden of proof in civil cases is simply on the balance of probabilities, the outcome of a claim or defence which is dependent on witness evidence alone will always be uncertain.

In Lando’s defence, he found himself in an invidious position and it’s inferred from the dialogue in the red corridor and lift discussion with Vader, then the subsequent prison cell scene with Han, that Lando understood that once Vader had Skywalker, Han and his companions were free.

It’s also worth noting that where a party’s consent to a contract is induced by duress, the contract is voidable by the aggrieved party. The threat can be:

In this case, all were no doubt at play since Lando faced the physical menace of facing down certainly my favourite Sith lord and the pressure of trying to hang on to a Tibanna gas-mining operation that was, until the Falcon’s arrival, “small enough not to fall within the jurisdiction of the Empire”. Hobson’s choice, even for someone as smooth as Lando.

For more information or advice, please contact John Devine at Muckle LLP on 0191 211 7905 or email john.devine@muckle-llp.com and to read more episodes click here.

Note: Star Wars®™ and all related character names are copyright © and the exclusive property and trademarks of Lucasfilm Entertainment Company Ltd. LLC, which are referenced here only for the purposes of the illustration of legal concepts in general terms only. Muckle LLP is no way affiliated to nor associated or connected with Lucasfilm Entertainment Company Ltd. LLC, Lucasfilm Ltd.™ or LFL Ltd.™ or any of their respective film(s) or franchise(s). This document and its contents are not endorsed by Lucasfilm Ltd.™ or any of its affiliate

“I am altering the deal, pray I don’t alter it any further” Darth Vader, Episode V: The Empire Strikes Back 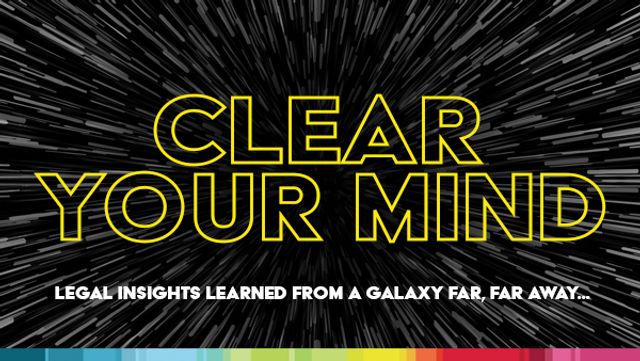